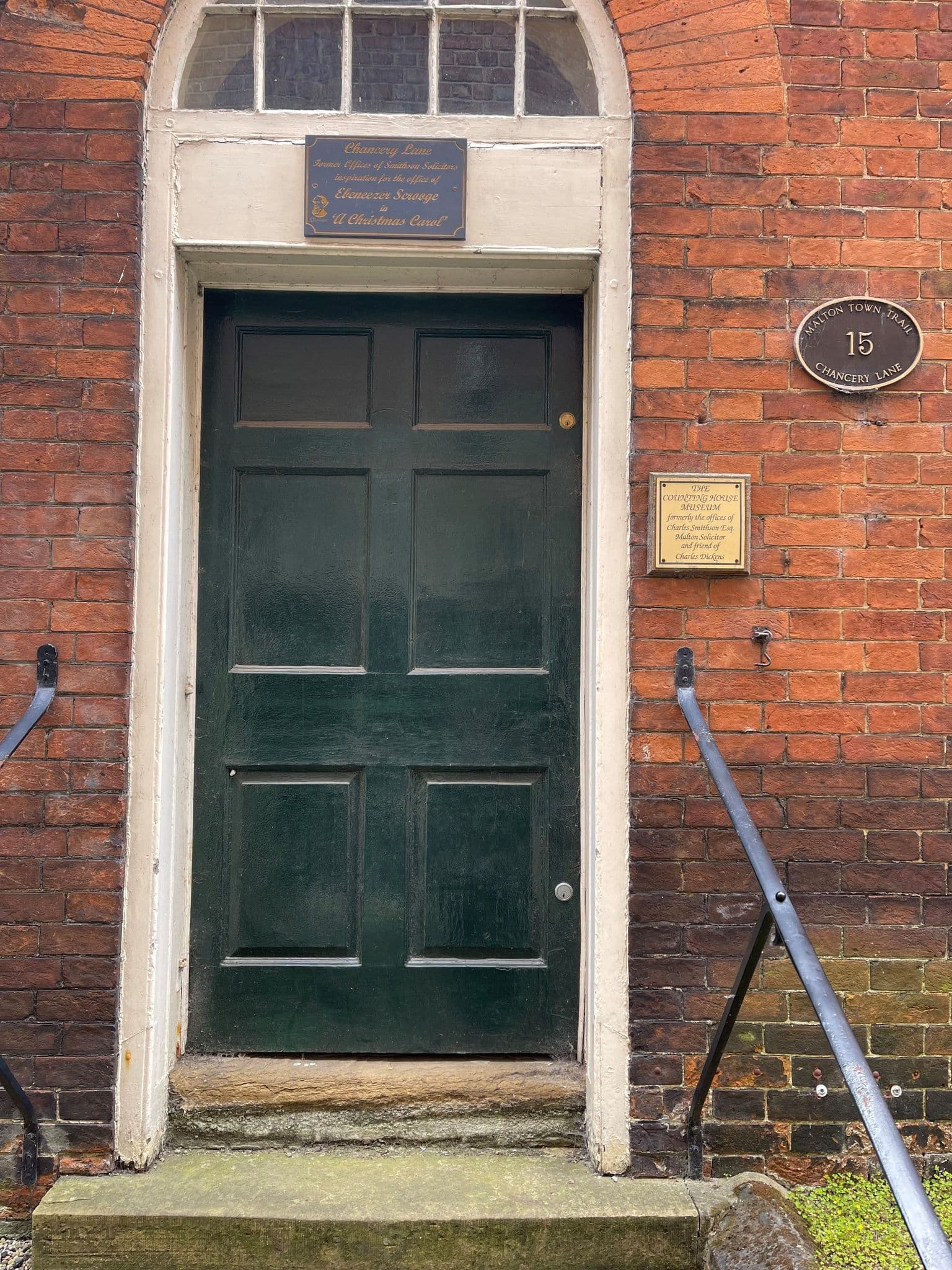 World Wide Shopping Mall (or The Lanes as we are known locally) is based in Chancery Lane, Malton. Unknown to many Malton and Chancery Lane has historical links with Charles Dickens. Formed to promote the connection, The Charles Dickens (Malton) Society had a fruitful 12 years where its faithful and dutiful members organised events and displays to raise funds culminating in the opening of a small museum in the original Smithson Solicitor office and named in the Dickens novel ‘A Christmas Carol’ as ‘The Counting-House’ occupied by an Ebenezer Scrooge along with his partner Jacob Marley. The museum was opened by local celebrity Selina Scott.

The Charles Dickens connection with Malton, an underused historical fact.

A little known fact was Charles Dickens performed readings from his books in Malton one of which is said to be in a theatre on Saville Street although there is no record of a theatre existing there strangely enough there was a chapel called the Ebenezer now renamed Saville House as a building quite capable of holding a substantial audience all dutifully enwrapped in the Dickens tales.
Sadly The Charles Dickens (Malton) Society no longer exists, although the hard-working and dedicated members were there until the end, time catches up, and no doubt Dickens himself could have used the stories and characters involved in its running.
Thanks to all those who took part in The Charles Dickens (Malton) Society who are no longer with us, a Lasting Tribute to those departed may their Memory Live Forever. Stephen Joll, John Collins, Sidney Henry Woodhams, Derek Spencer.

If you are ever visiting Malton, please pop in to see us at Chancery Lane to learn more. The Lanes does have more information inside The Shopping Mall on this history. The Offices and its plaque are still there but all shuttered up waiting for someone else to continue the story.