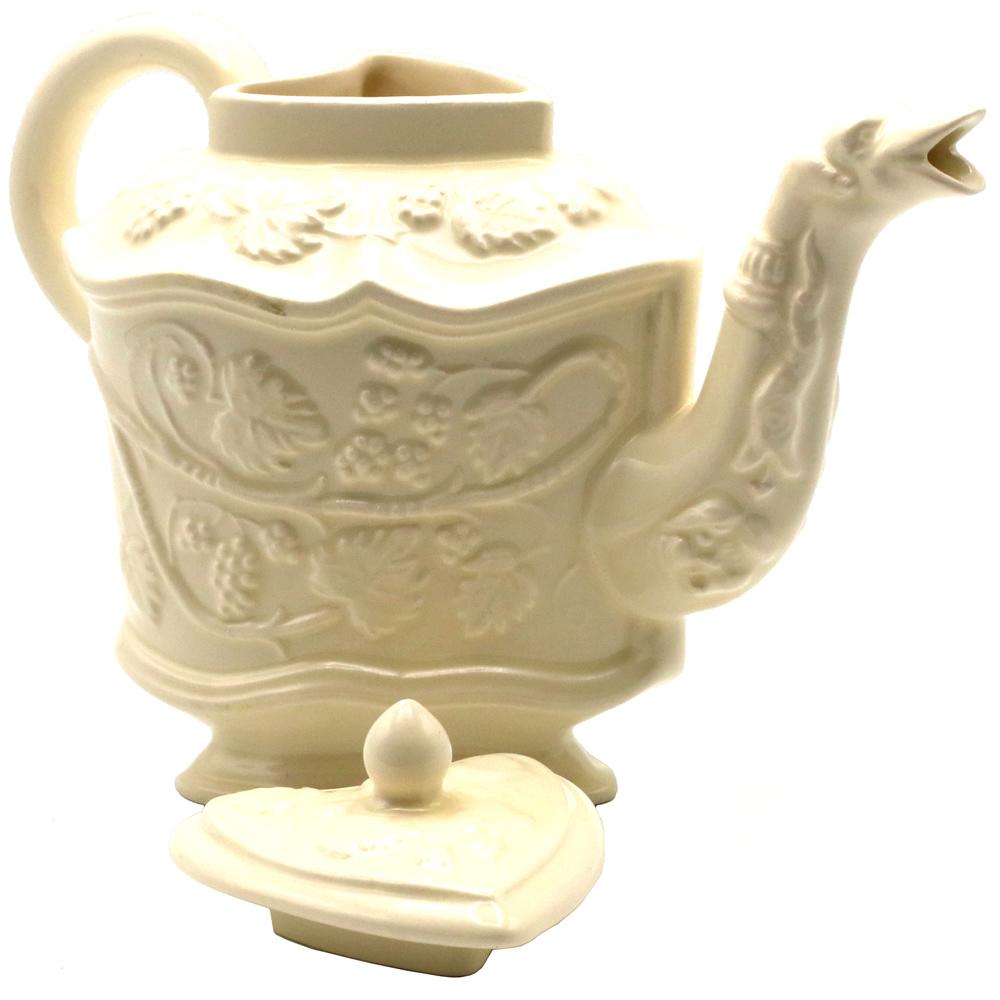 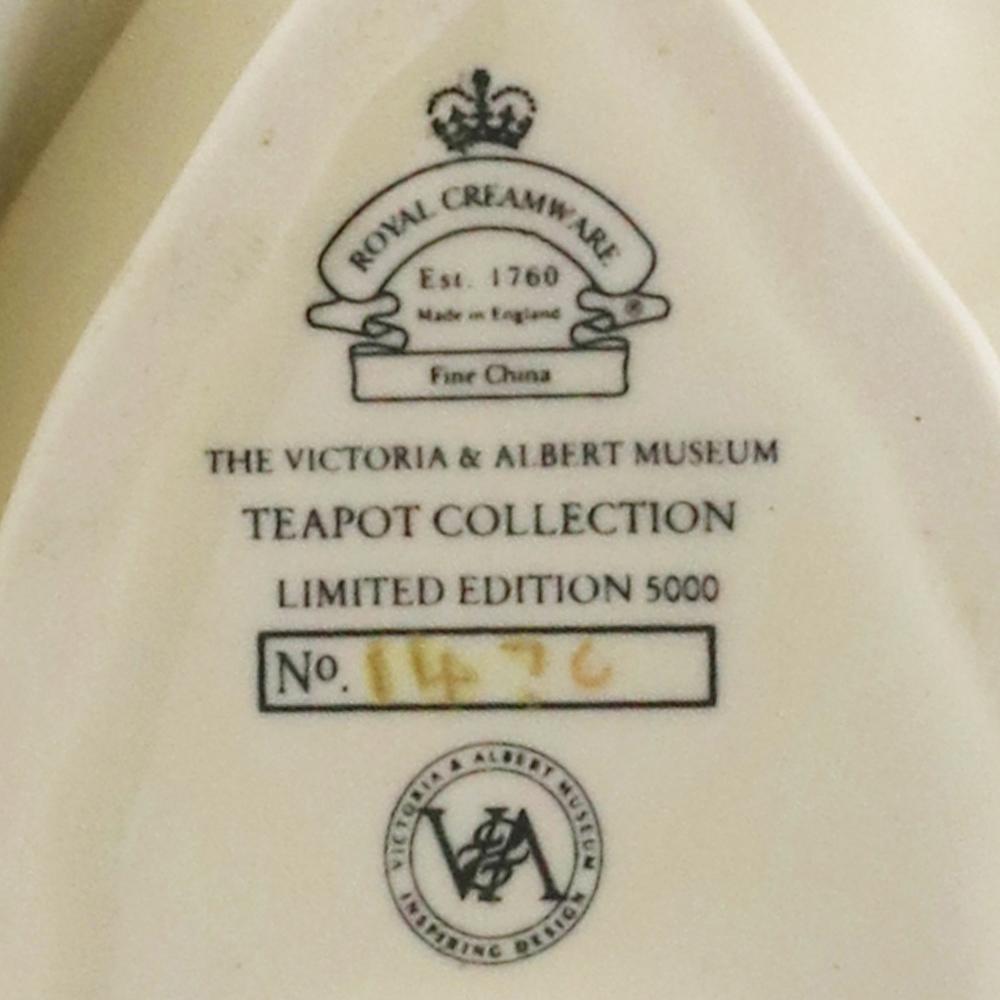 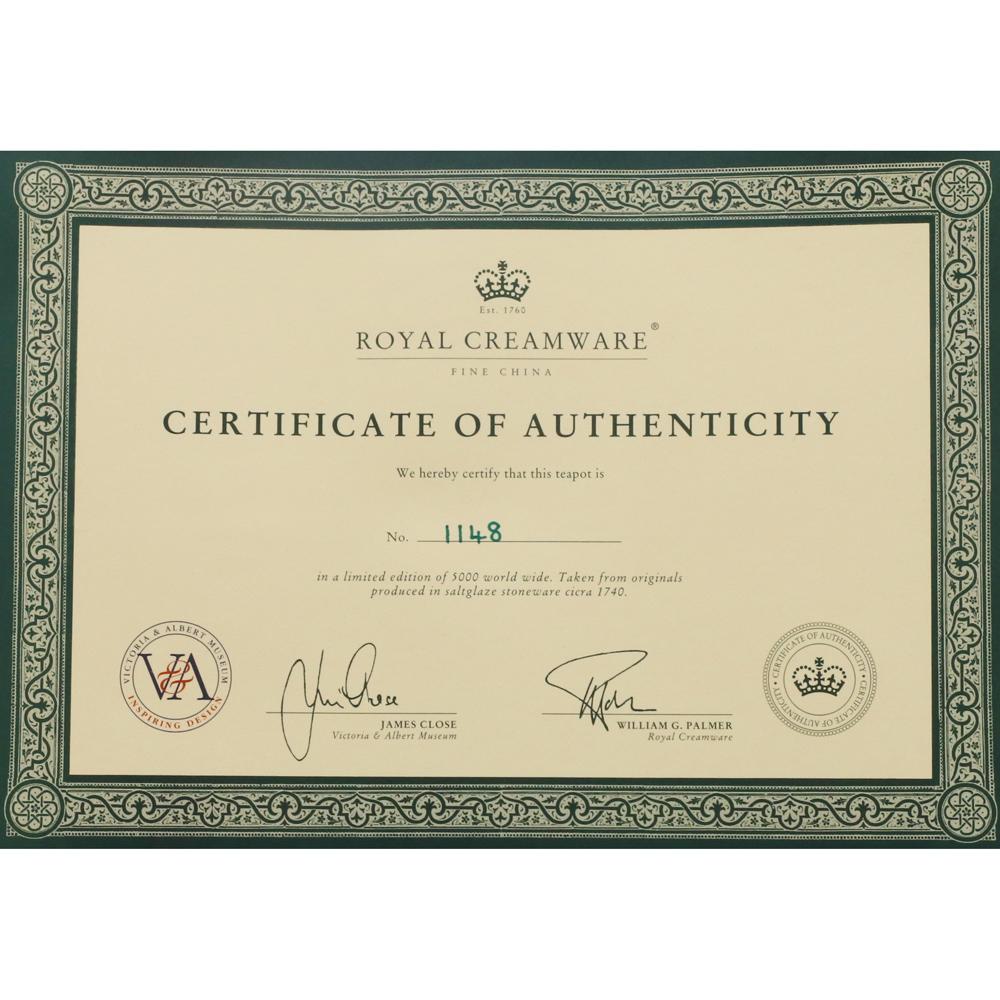 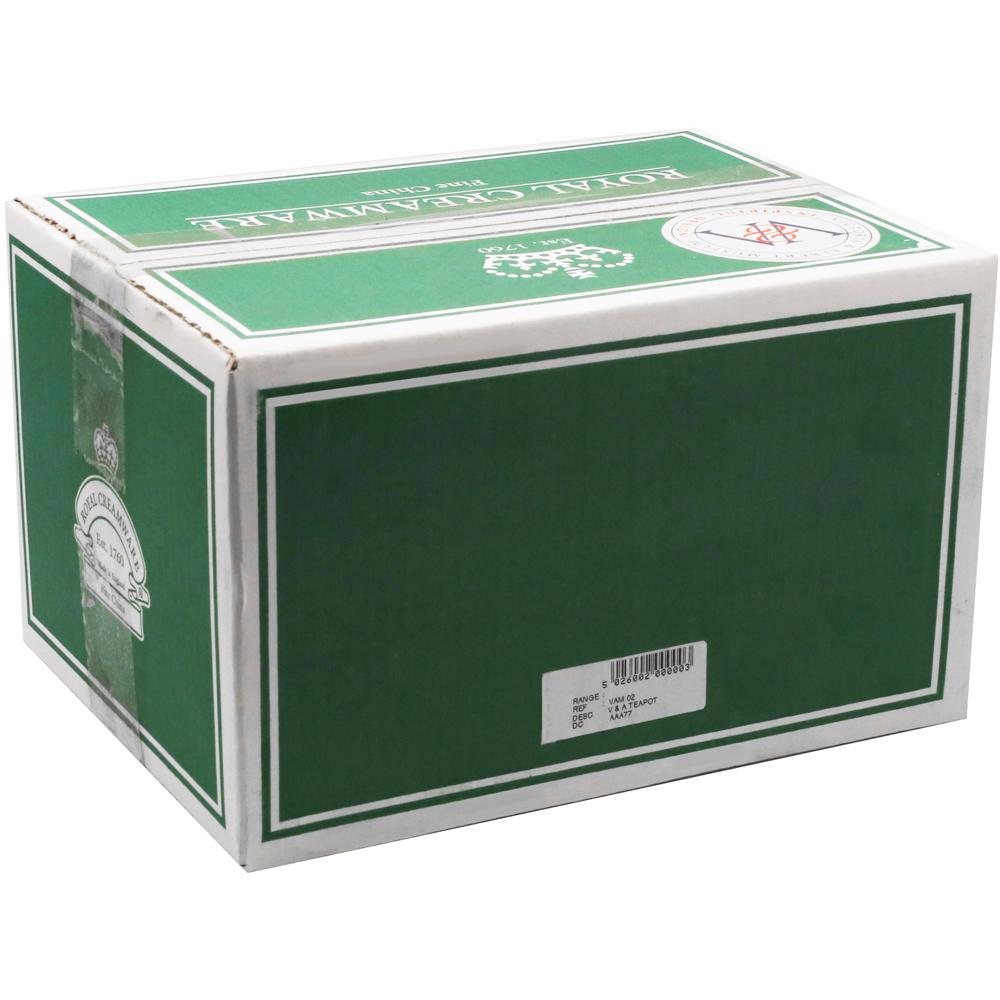 The Grape Vine Teapot is the second in the Victoria & Albert Museum series it is cylindrical heart shaped in plan.

Moulded on the body and lid are grape vines, traditionally incorporated in romantically themed pottery of the period.

The spout features an animal’s head and neck with embossed serpent and human face it has loop handle. From a mould from John and Thomas Wedgwood teapot of the early 1750’s.

Typical small teapot of the era where only small quantities of tea were brewed at any one time.