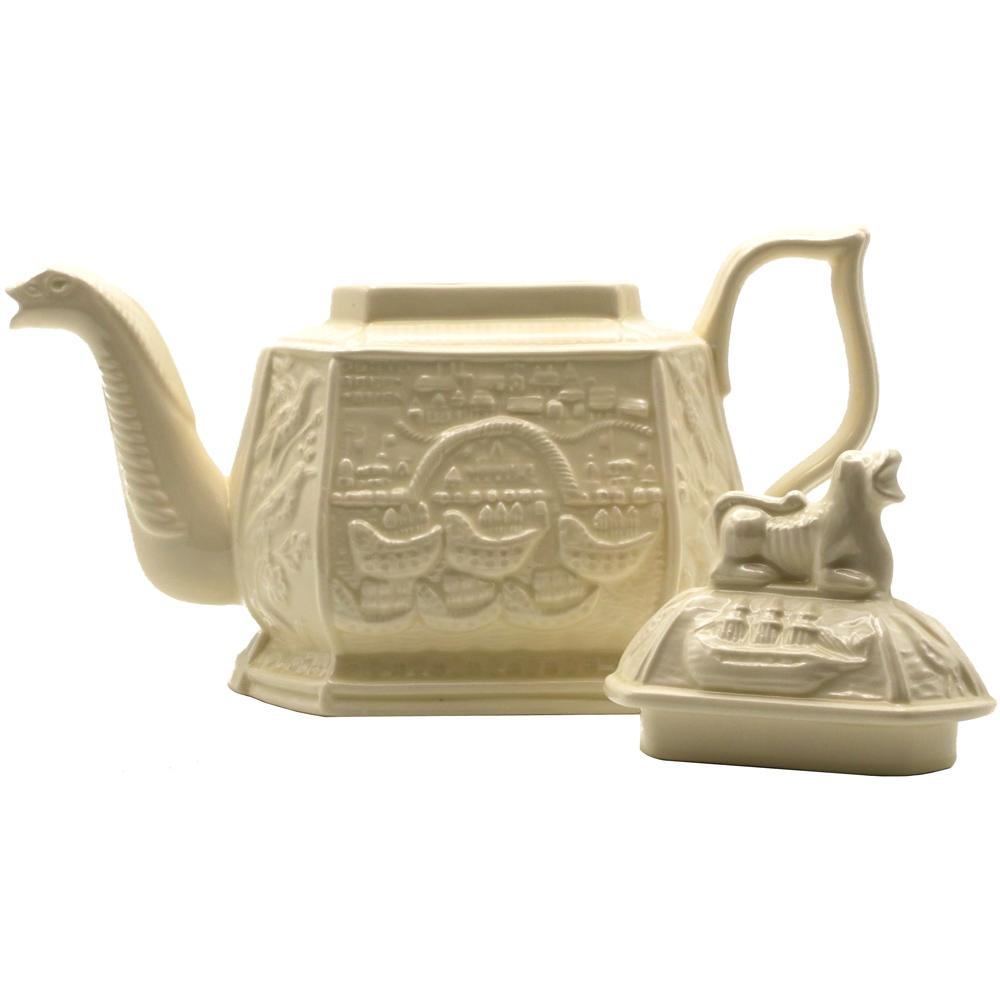 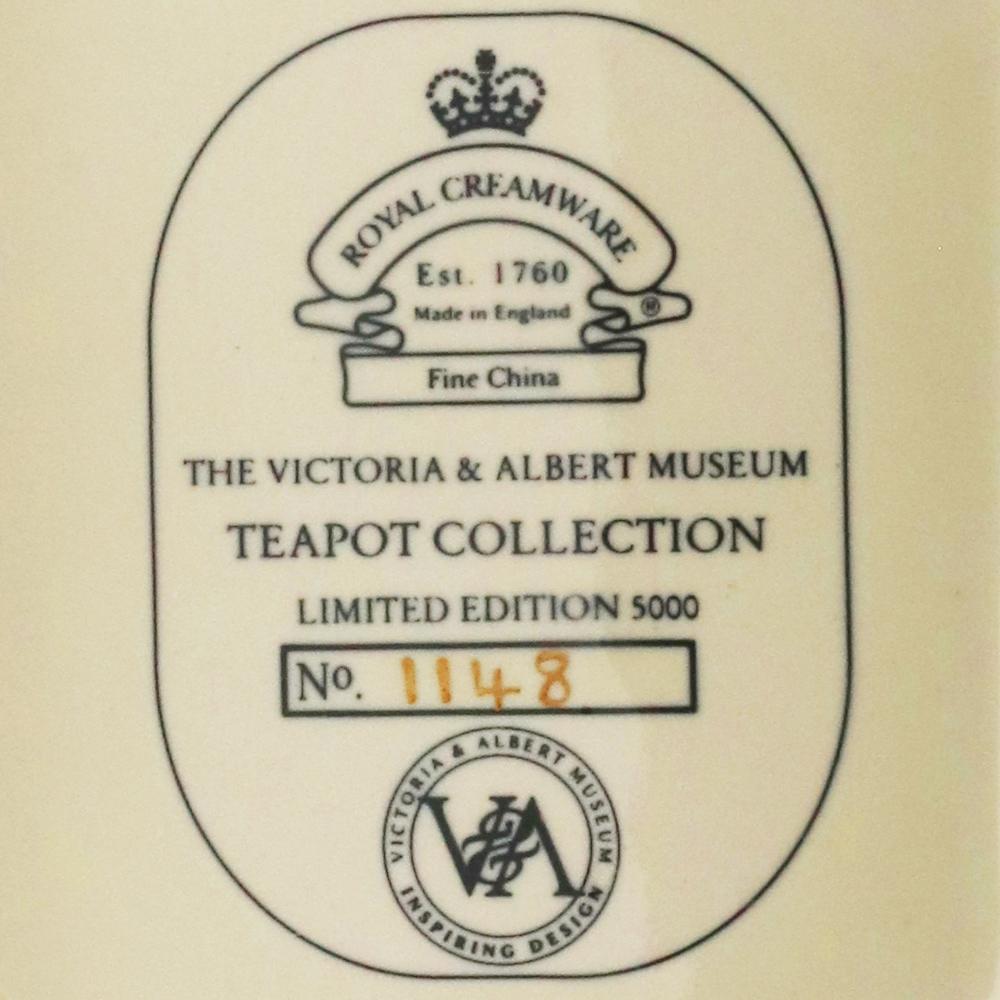 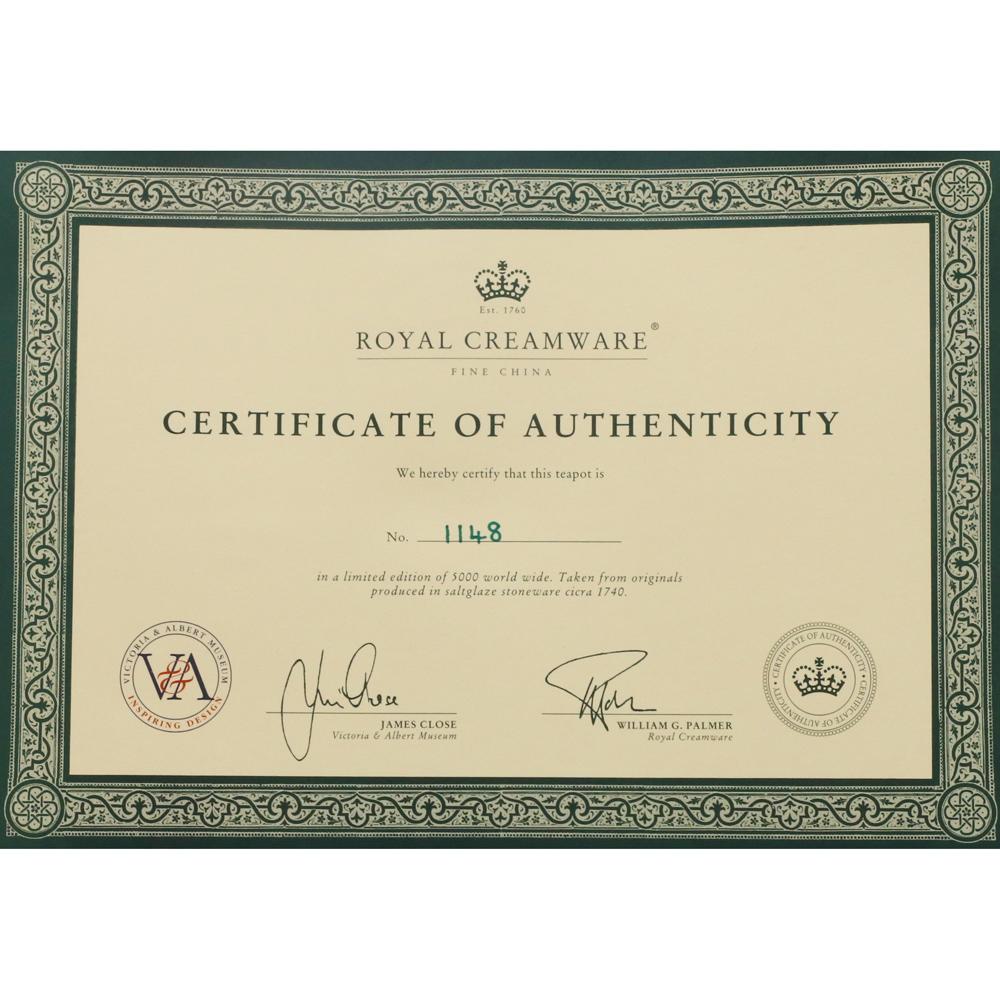 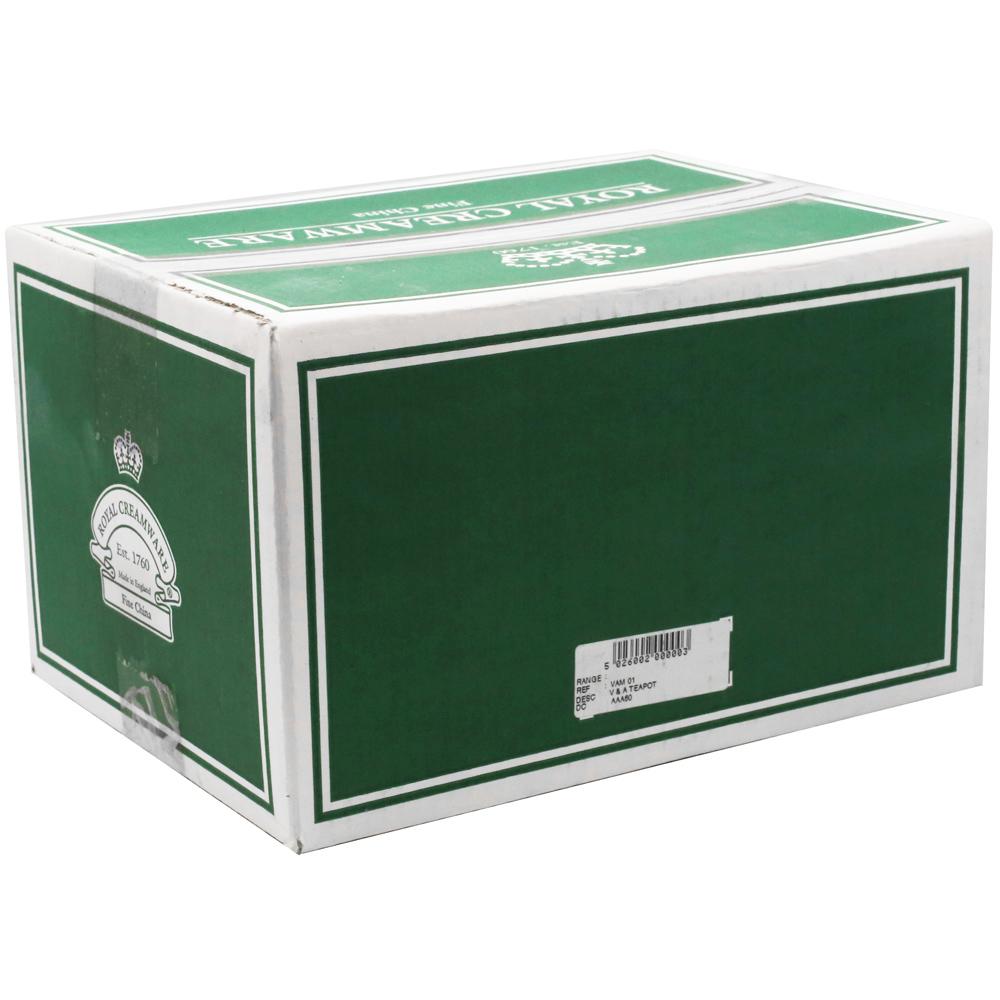 The detail taken from medals to commemorate the victories. The pot is hexagonal oblong in shape with bowed sides, a flattened, angular scroll handle, and a snake-head spout the lid has a Chinese lion handle.

Made by Royal Creamware and issued by The Victoria & Albert Museum each with its own certificate.