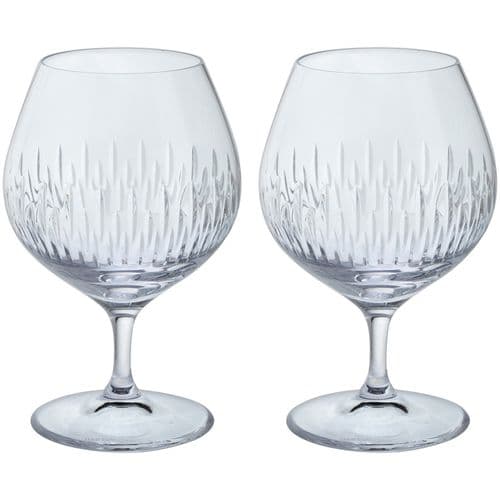 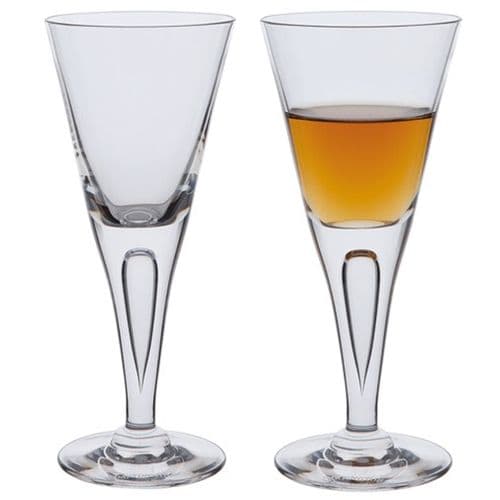 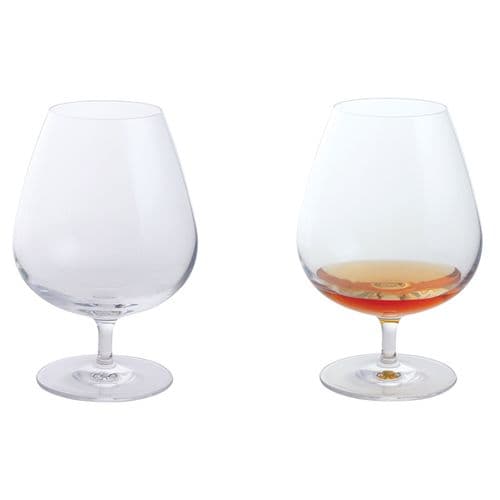 The difference between cognac and brandy, for a start all cognacs are brandy but not all brandies are cognacs, cognac is a specific type of distilled fruit juice so there it is.

But we are talking glasses and the best glass for cognac or brandy, a matter of taste and appearance. Named brandy glasses can be used for Cognac and vice versa. Brandy is best served at room temperature in a balloon glass (with a large bowl) this allows the brandy to be swished around enhancing the aroma and stabilising the temperature.

Sherry comes under the category of fortified wine, sherry being an Anglicization of Jerez as in the province of Jerez de la Frontera.

As a fortified wine sherry is not usually served in large quantities so any small glass or goblet will fit the bill when serving. However there are glasses named sherry glasses and these usually appear as smaller capacity glasses allowing the drinker to sip and take in the flavour rather than take larger mouthfuls.